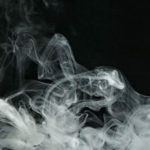 [Estimated Reading Time: 5 minutes] A little over a year ago, I released Smoketest 2.0, a complete re-write of the Smoketest unit testing framework first implemented some years ago. Other things then consumed my time, but in the past couple of months, Smoketest has rapidly progressed through no less than 4 (four!) fairly significant feature updates as I have extended it to support my testing needs in other projects. Today I released v2.4.0, and though it was about time (read: long overdue!), I shared some of the new features. As you might have gathered from my recent post on an exception handling bug in the Delphi 10.4.1 x86 compiler, exceptions have been a recent focus, so I’ll start with the changes in that area.

[Estimated Reading Time: 5 minutes] An overview of the changes in Smoketest 2.0.3 including Setup/Teardown methods and improved formatting of console output.

[Estimated Reading Time: 6 minutes] Meet the new Smoketest. Nothing like the old Smoketest. A new, ultra-lightweight unit testing framework with xUnit 2.x result output (and the ability to support other output formats as needed).

[Estimated Reading Time: < 1 minute] Seth Godin recently asserted that Don’t touch it! You might break it is the opposite of Touch it! You can make it better I fully appreciate what he means by this (and we mustn’t forget that Seth Godin does not blog on the subject of software development, although a lot of what he says often has relevance) but in the world of software application support I think there is a middle ground in this case.

[Estimated Reading Time: 7 minutes] To alleviate the grind of polishing and sanitising my code (and, let’s be honest, just plain ‘fixing’ it in some cases) ready for release, I have re-kindled my participation on Stack Overflow. In a happy confluence yesterday a question came up which allowed me to exercise one of the libraries that I’m preparing to release: Smoketest.

[Estimated Reading Time: < 1 minute] For some reason my two most recent posts don’t seem to have been picked up by the DelphiFeeds aggregator.  Apologise to anyone who found my posts by other means.  I wouldn’t normally be bothered except that I thought that those two posts were worth some attention.

[Estimated Reading Time: 5 minutes] A colleague of mine directed me to a further minor refinement of the ‘final’ Exchange() code I posted the other day. The change is minor but yields a worthwhile performance improvement, but my main reason for bothering to post (yet!) another update is an excuse to introduce the testing framework I developed that allowed me to quickly assess any benefit.